NARROWS is an online storytelling system. The name stands for NARRation On Web System. The easiest way to explain it is to imagine an online Choose Your Own Adventure book with the following key differences:

You can also think of it as a way of running ruleless, diceless RPGs online (which is indeed the reason why I wrote it in the first place).

NARROWS is a web application with a backend. As such, it needs a server connected to the internet to be used. For installation instructions, please have a look at the README.md file in the GitHub repo.

How does it work?

A specific telling of a story to a specific group of people is called a narration in NARROWS. A narration has a group of protagonists called characters (Player Characters in regular RPG parlance) which are played by one user each. A narration contains chapters, which is a body of text with a background image and a soundtrack. Each player submits a character action for every chapter. Once every player has replied, the narrator can read all actions and write the next chapter.

To avoid players having to create accounts, when a chapter is published a special URL is built for every character, and sent via e-mail to the appropriate player. Thus, players simply wait for an e-mail for every chapter, then click a link and they are ready to read.

How does it look?

If you prefer a short video (7:40), see here. If not, scroll under the video to see screenshots.

This is the narrator’s dashboard: 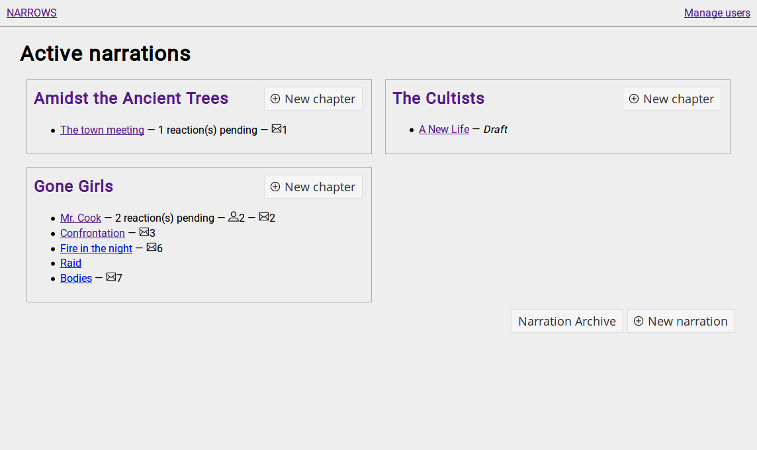 This is a narration’s overview page: 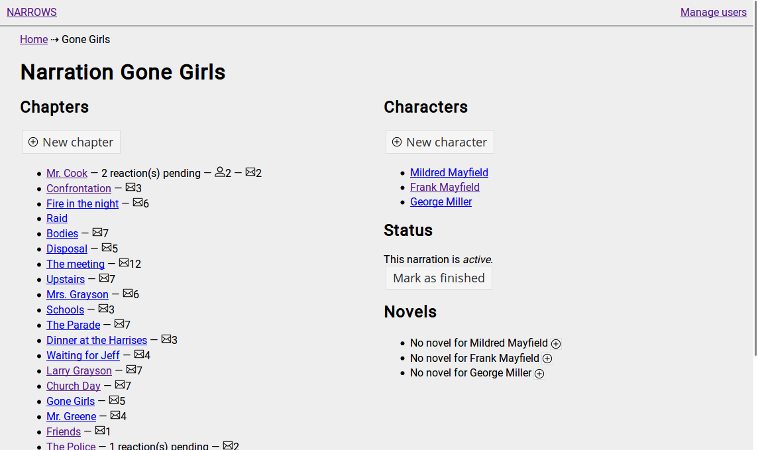 This is a chapter’s creation/edit page (first chapter of the narration, so no previous chapter to refer to): 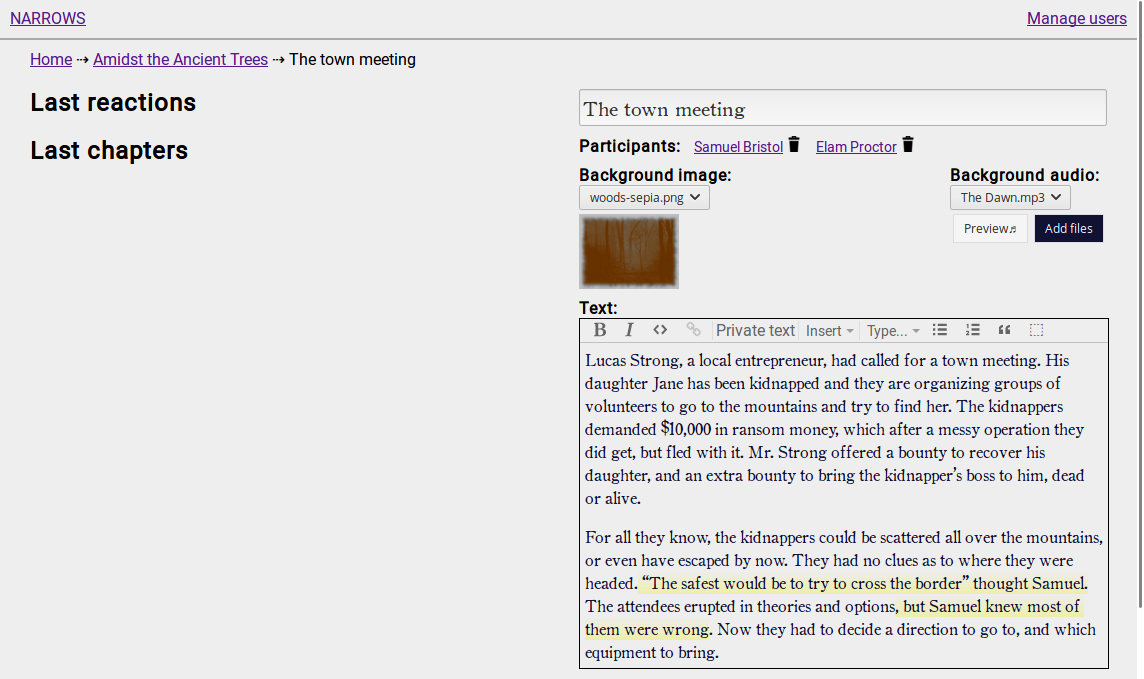 This is a chapter’s creation/edit page showing the previous chapter’s reactions and text: 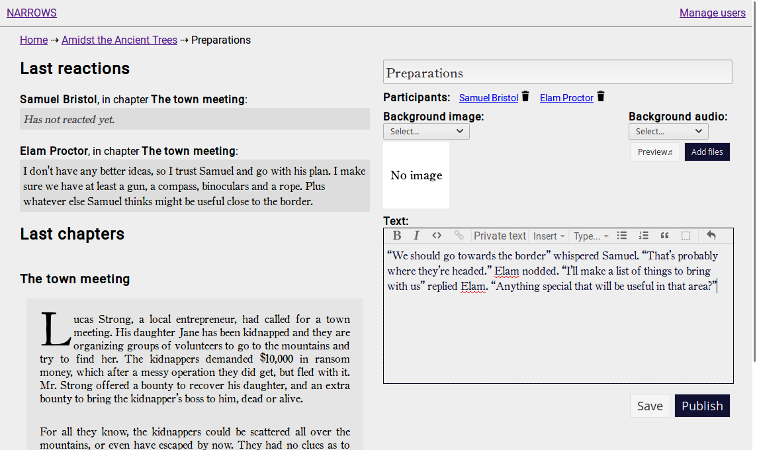 This is a (published) chapter’s control panel: 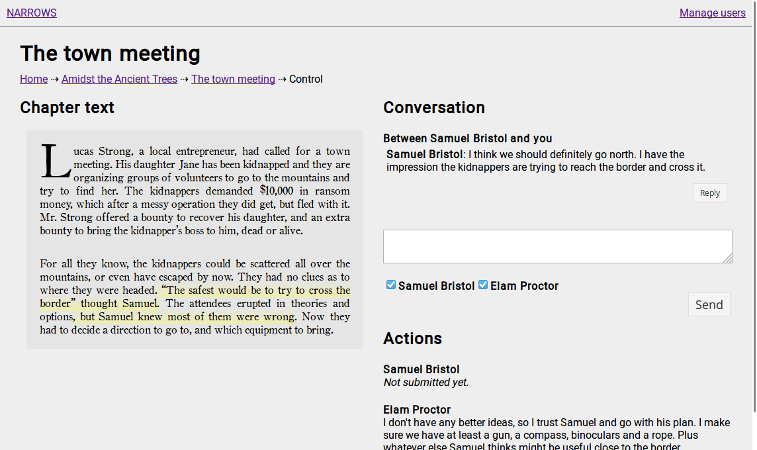 This is how a chapter looks for a player: 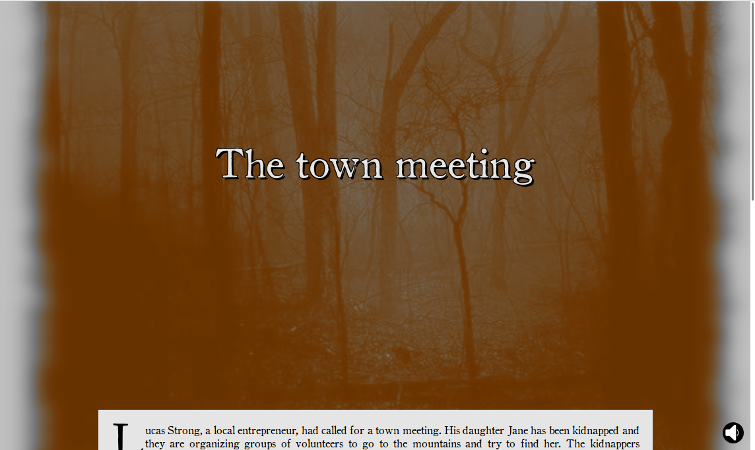 This is how a chapter looks for a player when you scroll past the chapter text itself to see the messages and action box: 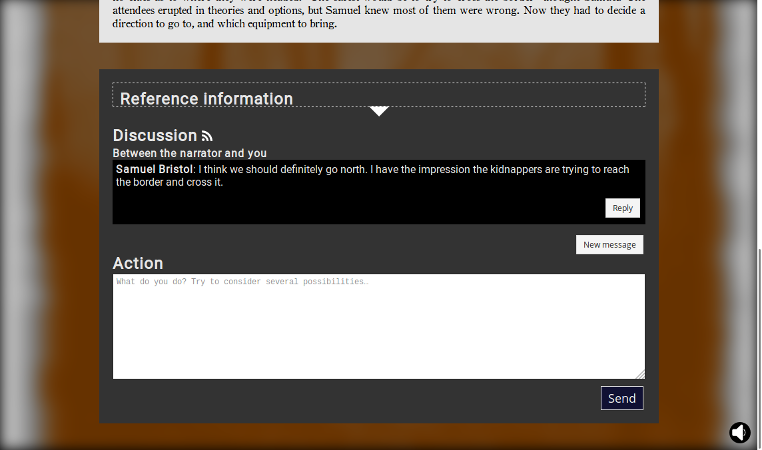